Making an example of this group looks like an attempt to put an indefinite end to Kyrgyzstan’s periodic cycle of extra-parliamentary regime changes. 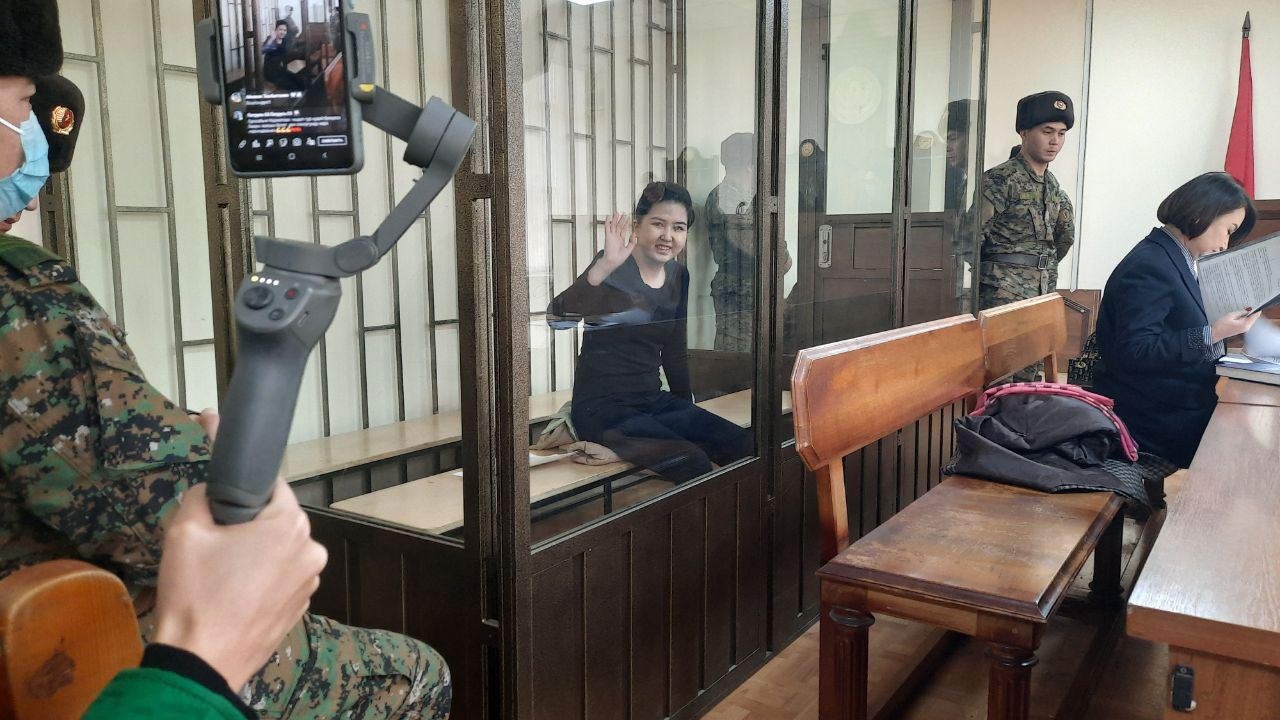 Orozaiym Narmatova, a former MP, in the defendant’s cage. (Kloop/used with permission)
Authorities in Kyrgyzstan are sticking to their guns and holding a slew of activists and politicians in jail pending what their supporters say are spurious claims that they intended to sow unrest with a view to seizing power.

Over two days, on December 26 and 27, Bishkek city court ruled to extend custodial periods for 20 detainees, all of whom were singled out for arrest earlier this year, following their opposition to a border delimitation deal with neighboring Uzbekistan.

The rulings arrived while the detainees were still observing a hunger strike started almost two weeks earlier. One of the accused, Orozaiym Narmatova, a former MP, fainted and banged her head against the steel-barred defendants’ cage in court before hearings began. Narmatova was taken to hospital and her hearing was postponed by one day.

The court declined to uphold a request from Narmatova’s lawyer for the ex-deputy to be placed under medical supervision or home arrest until her health improved and was instead returned to her jail cell.

“This is just awful. They could have released a woman in that state to hospital at least,” said Kasiyet Mamyrbai, the daughter of Rita Karasartova, an anti-corruption activist who is also among the detainees. “The authorities are just trying to terrorize us all and teach us all to be slaves.”

The detention appeal hearings were dominated by high drama.

Anara Suranova, the mother of another detained activist, Perizat Suranova, wept as she pleaded before the court for her daughter to suspend her hunger strike.

“I beg you, daughter, start eating, think about yourself. These people do not understand your words about the country and the homeland,” Suranova shouted.

Prosecutors claim to have evidence that the detained suspects were plotting to use public discontent about a landmark deal with Uzbekistan on border demarcation, which will entail relinquishing de facto control over an important Soviet-built reservoir, to sow widespread unrest.

The only evidence of what the arrested activists and politicians were planning that has been leaked out to the public so far, however, is a series of intercepted conversations appearing to focus on the planning of rallies. Demonstrations are permitted under Kyrgyz law.

The detainees have said that in the absence of evidence, prosecutors have limited themselves to badgering them for confessions.

“They say to me: ‘Admit your guilt.’ Give me at least one bit of proof that I am guilty, and I will immediately plead guilty. But they just don’t have any proof. They simply have nothing,” Sooronkulova told the court.

This current government has special insight into how turmoil can be exploited to political ends. Street turbulence sparked by unhappiness over the conduct of parliamentary elections in October 2020 ushered the way for incumbent President Sadyr Japarov to seize power.

Making an example of this group looks like an attempt to put an indefinite end to Kyrgyzstan’s periodic cycle of extra-parliamentary regime changes, of the kind that occurred in 2005, 2010 and two years ago.

Following the ruling, a group of detainees released a statement to argue that the intent of prosecutors was to criminalize their “legitimate exercise of the right to freedom of speech, association and peaceful assembly.”

The current leadership in Kyrgyzstan is a «tyranny with clear features of a terrorist regime,” the seven detainees stated.

On December 28, the National Center for the Prevention of Torture, an NGO, announced that 16 out of the 17 people conducting the hunger strike had once more resumed taking food. Only one activist, Marat Bayazov, is said to still be refusing food.

Jeenbekov, the opposition politician, wrote in a handwritten note that although the hunger strike had failed to achieve its immediate aim – ostensibly the release of the detainees – critics of the government would continue to fight for a free Kyrgyzstan.

If President Japarov is fazed by any of this, he is not showing it.

In an interview granted to a state news outlet earlier this month, he again described the detainees, who have yet to go on trial, as coup-plotters.

“More than 90 percent of those currently under arrest took part in closed discussions on issues relating to the border more than once. They should know better than me that the issue of the Kempir-Abad [reservoir] was resolved in our favor,’’ he told Kabar news agency in an interview published on December 17. “Despite this and because they could not find any other grounds for mounting a coup d’état, they clung to Kempir-Abad.”

The argument made by Japarov and his proxies over Kempir-Abad is that although Uzbekistan will secure formal control over the reservoir, Kyrgyzstan will reserve the right to jointly manage the water within and that Bishkek has furthermore received generous allocations of lands as part of a broader border deal.

As to the appeals of mothers making petitions on behalf of their detained daughters, Japarov was dismissive.

“Why didn’t the parents who are addressing me today turn to their daughters with the words: ‘Be civil, don’t slander people. Why do you want a coup?’ Why didn’t they educate them before it was too late?” Japarov said.

While this political drama plays out, the Kyrgyz-Uzbek border deal is all but done and dusted. The agreement has already been ratified in both countries. While the process was accompanied by much controversy in Kyrgyzstan, it was completed without the slightest effort at a public conversation in Uzbekistan.

The Kyrgyz government announced on December 27 that delegations from both countries have been holding final technical consultations in the southern Kyrgyz city of Osh ahead of the formalities around demarcation.

«As a result of the [consultations], a protocol was signed. A follow-up meeting will be held on the territory of Uzbekistan,» the government said. 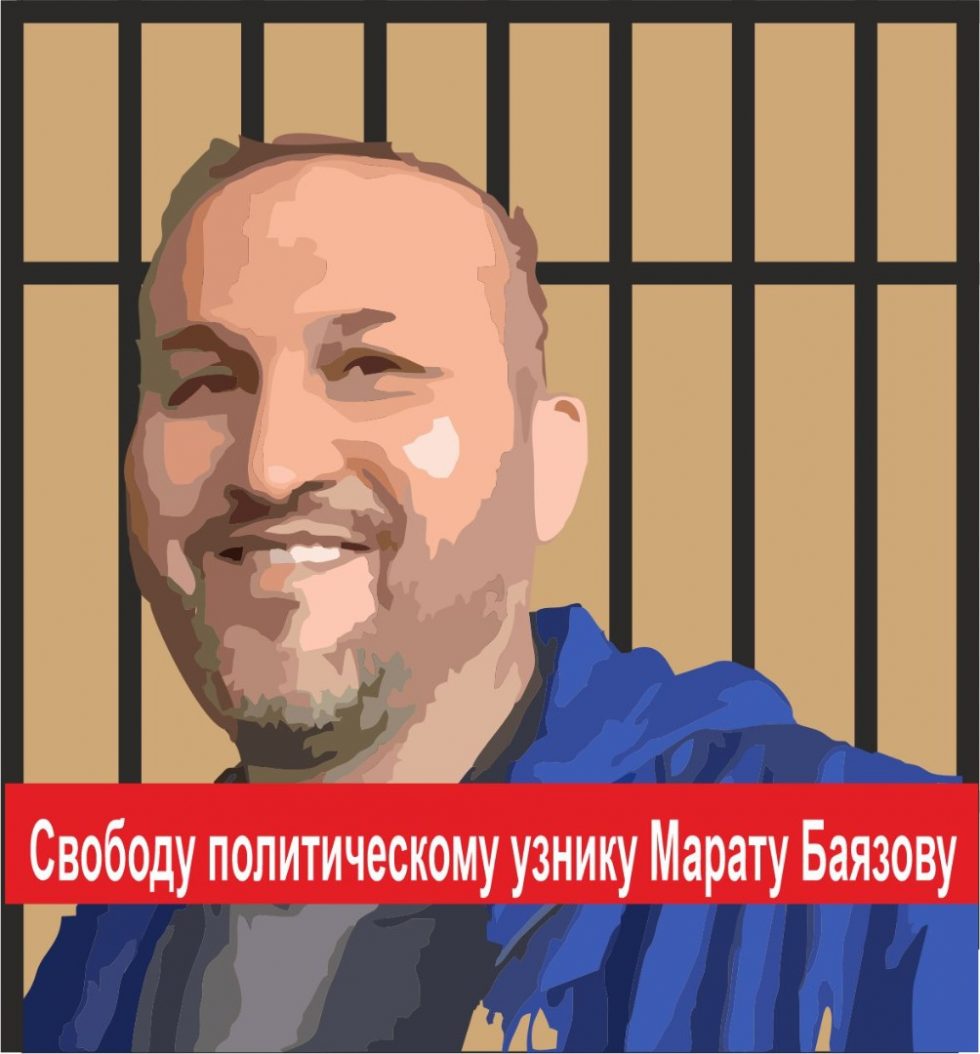